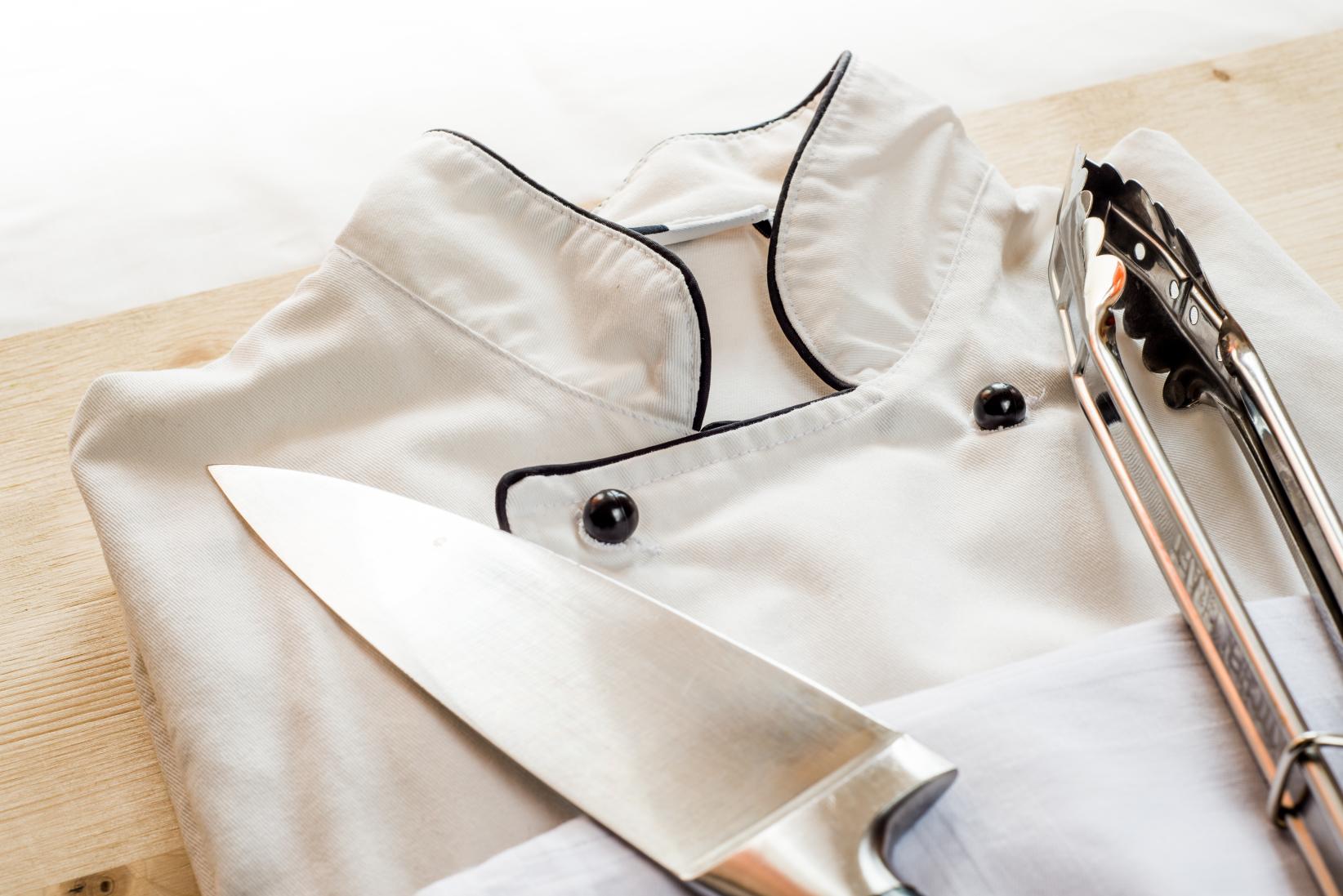 The Jacket by JRoss' Eric Wood

I cleaned out my storage room last month. A long overdue exercise that had been nagging on me for a while. Amongst boxes of my old year books, photo albums, and my childhood teddy bear was the first chefs jacket I ever had my name embroidered on. I still remember the day My chef surprised me with it, as with the jacket came my first real promotion, to sous chef of the hotel. It’s one of the proudest days of my life. I had worked tirelessly for this, years of literal blood, sweat, and mostly tears to get here. This moment, seeing my name in crisp black on pressed white linen, made the long days and the endless nights worth it.

I pulled it out of the box, undid the black buttons, slipped it over my shoulders, and, no surprise, in 14 years, I had grown a little, I guess. This struck me as a big thing, not because I had put on a little… muscle over the years, but because it said everything about where I was at in my life: The chefs jacket didn’t fit anymore, in fact, it felt a bit tight, and restricting. I couldn’t breathe, Couldn’t move, and once it was on, I wasn’t sure I could get it off.

I was at a crossroads in my career. I wasn’t comfortable anymore, wearing the clothes of a job that had defined me for a long time. The clothes I had fought so hard for, the uniform that impressed me so much as a child that I dedicated my life to attaining the right to stitch the word “Chef” across my heart. The life had treated me well, I had seen the world from a pass window, eaten incredibly, and made a great group of chef friends, a band of brothers and sisters, united by this obsession with food. A group of tattooed foul mouthed misfits, in pristine white uniforms. The coat that had once been my armour had started to become a straightjacket.

But, who was I without THAT jacket? Would the clothes of another job fit? Could I wear another uniform, or even scarier, could I wear my own uniform, define my own badge of honour. Could I do something else, or more accurately, could I be someone else? My answer, after a lot of tears, was yes, and I needed to.

I ventured to strip off the white jacket, and put on something else. I wasn’t sure what yet, but, I knew along the way, I had tried on a few other hats, and found a few that fit. I had other skills I had undervalued, but were calling for me to revisit, and that call became loud enough I needed to answer it. I am happier now than I ever was before, scared to death about the future, about stripping off the jacket, dropping the apron, and being maybe just a little open to a new outfit.

The truth is, you never know what might fit until you try it on. At first, that tie might feel like a noose, but maybe it will turn into a medal. Or maybe taking off that suit and trading it in for a shovel and overalls may just be what you needed. I look at my 2and a half year old daughter, and the joy she gets from playing dress up, from getting to be someone new, with every tiara, toque, and bear suit. Don’t be afraid to change it up, and enjoy the freedom and fun of switching it up.

And if the shoe fits, run with it.