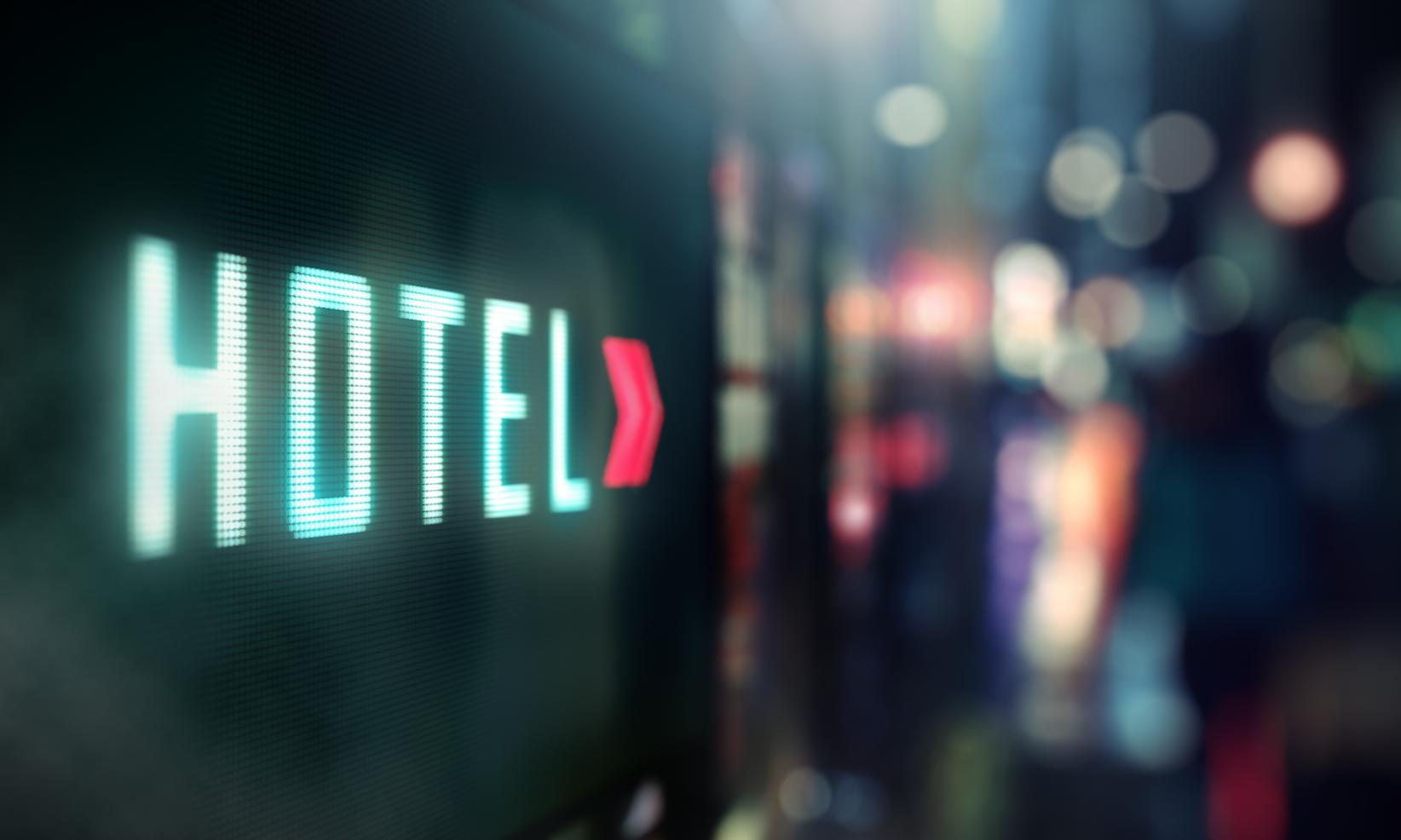 Canadian Hospitality : 2018 trends, 2019 predictions and that they mean for you as a Hospitality employer

Lodging, Restaurants & Foodservice, Seniors Living  - all the same, yet different, plus … cannabis!

By all accounts and across all hospitality industry sectors, 2018 was a solid year.

Yet hoteliers, restaurant & food service and seniors living operators in Canada continue to operate in an environment of major change. Competition is increasing within and between sectors, and the battle for customer loyalty is intensifying. Trade disagreements, geopolitical tensions, a slowing economy, technological changes, increasing labour costs and acute labour shortages are among the biggest challenges facing the Canadian hospitality sector in 2019. Fortunately, current results and future indicators are encouraging, business momentum is strong, and most importantly, there are tremendous opportunities at all levels in the hospitality industry for the creative, hardworking people that form its backbone.

The Canadian lodging market is expected to finish 2018 in a strong position, with demand up and forecast to continue to grow at twice the rate of supply. The HVS Hotel Valuation Index shows ADR up significantly YoY, and RevPAR has steadily risen from $94 in 2016, with $112 projected for 2019. National occupancy is forecast at 68% in 2019, up from 67.8% in 2018.

Lodging Econometrics (LE) reported that in Q3 2018 the total construction pipeline in Canada stood at 247 projects/29,954 rooms, putting construction pipeline projects at a cyclical high with an increase of 19 projects year-over-year. Destinations Canada reported that October 2018 YTD figures showed that overnight arrivals of international visitors were up 1.2% and on track to achieve another record year, so Canada remains a top international travel destination, with increased numbers of visitors from Mexico, India and China leading the way. Domestic travel also remains strong. Overall, the Canadian hotel industry is poised to continue on its upward trajectory, though global economic fragility and the conservative forecast for domestic GDP growth in 2019 show a risk of slowed future growth.

The restaurant and foodservice sectors continued to go through fundamental changes in 2018. The NPD Group reported that the 72,000+ restaurant units in Canada have seen flat growth as the battle for market share intensifies. The acceptance of consumer technology such as 3rd party delivery apps, the growth of the Home Meal Replacement (HMR) category, and the emergence of solutions such as Meal-Kits are directly impacting consumer eating habits and restaurant revenues. NPD’s CREST information service reported that consumers spent $1.4B using delivery apps in 2018, and that is expected to grow by 20-30% in 2019. The HMR category currently represents $12B in annual sales and is growing at 5% annually.

In addition, the line between retail, foodservice and restaurants is blurring.

The changing perspectives of shoppers are pushing grocery stores to feel more like experiential food hall destinations than mere supermarkets, with “Grocerants” like Saks Food Hall and Eataly examples of the new trend. Retailers like Nordstrom, Holt Renfrew and Restoration Hardware added restaurants to provide a complete experience and “retailtainment” for their customers. Landlords are intentionally increasing space dedicated to food and beverage in mall tenant mix to drive traffic in order and offset the effect of store closures due to e-commerce. The International Shopping Centre Council (ICSC) released a report suggesting that the amount of space a shopping center dedicates to foodservice can grow from 5% a decade ago to 10-15% currently in some markets, and forecasted an increase to 20% by 2025. Food courts are expanding and new food halls popping up all over the country, including eight in the GTA in 2018.

Overall, the consumer food distribution network is changing away from full and quick service restaurants, bolstered by consumer demand for convenience when it comes to food.

The Seniors Living sector continues to grow. In 2018, supply grew by 3,500 spaces - the most since 2001 - for a total of 425,000. Statistics Canada has predicted that in just over a decade, the number of seniors living in a retirement home, supportive housing, or a long-term care facility will grow to over 610,000. This continues to affect the already tight hospitality labour market, as more and more hotel and restaurant professionals transition to this growing sector.

We can’t talk about what’s ahead for the Canadian hospitality industry without discussing the rapidly emerging cannabis sector. On October 17, 2018, Canada gained an entirely new retail sub-sector that is predicted to account for approximately $6.5B in retail sales in 2020 – and these are sales of a product that has never before been officially sold in this country. This has had a major impact on retailers and is projected to have major impact on eating and drinking establishments as well, as consumers look for food and beverage offerings that include edibles and infused beverages. It will also impact lodging – in 2018 Canada's first cannabis friendly hotel opened in downtown Toronto, featuring smoking lounges. For cannabis users around the world, a plane ticket to Canada just got a lot more appealing and “Canna-tourism” is poised to become a multi-billion-dollar industry.

But what does this mean for the hospitality job seeker – and their prospective employers?

Combining a 43 year low unemployment rate of 5.6% with an all time high in the number of companies wanting to hire will make 2019 a job seeker’s market.
Employment in the food service sector has grown at a faster rate than national employment, and the labour shortage in the hospitality industry remains very much in the forefront of everyone’s minds. Increased competition from other industries for staff, changing demographics and a historically low unemployment rate are making it difficult for operators to find staff. Restaurants Canada’s most recent survey showed that 51% of foodservice operators are finding it “extremely” or “very” difficult to fill back-of-house positions, and one third of operators are finding it challenging to fill manager positions. Tourism HR Canada provides the most current data on the chronic shortage of workers and its impact on hotels in Canada, reporting that two out of three accommodation businesses see the shortage of workers as a significant impediment, negatively impacting growth, causing staff burnout, and increasing operating costs.

A stronger focus on tourism could add billions to the Canadian economy and create up to 180,000 new jobs, according to a new advisory report prepared for the federal government – increasing the competition for hospitality workers even more. The number of front line jobs required to service tourism demand over the first half of 2018 averaged 733,800 across Canada, up 1.4% YoY. The largest sources of employment directly attributable to tourism were with the food and beverage services (236,000, +1.7%), in non-tourism industries (154,000, +3.5%), accommodation (150,000, +2.1%) and recreation and entertainment (69,000, +0.7%).

Yet, “Who wouldn’t want to work here?” is a question we still encounter in the hospitality industry with surprising frequency, even though it ignores the intensity of the current job market and often prevents companies from hiring great candidates.

In an economic climate where there are more open jobs than there are people to fill them, attracting top talent requires work on the part of the employer. It may seem obvious, but even with the most compelling global brands it’s often overlooked that top talent prospects have choices, and your company may not necessarily be a candidate’s first choice, yet. There’s an art and science to recruiting that can be extremely effective in attracting well-established, high-impact talent to even the most difficult positions. Companies that consistently hire exceptional talent understand this and codify it into their candidate experience.

So what are these companies doing right? To hire great leaders, they focus on these critical factors in their recruiting strategies :

Along with recruiting and hiring, they also focus on retaining current staff as high turnover rates represent continuing challenges for hospitality employers. Statistics Canada reported that quarter to quarter, foodservice consistently has the highest job vacancy rate of any industry. Chefs and culinary staff have the highest rate of turnover at 116% over 5 years, the highest of all hospitality occupational groups. To retain kitchen staff and front line teams, and compete for top talent, top employers make programs dealing with mental health, addiction, workplace harassment, diversity and inclusion, pay equity and work-life balance top priorities for their organization.

Ultimately, in a job seeker’s market, cultivating a positive candidate experience during recruiting, along with retention-focused programs for existing staff is both an offensive and defensive strategy. If you truly want to hire and retain great leaders, consider your candidate and staff experience, and ask yourself: What are we willing to do to bring in – and keep - the best person?