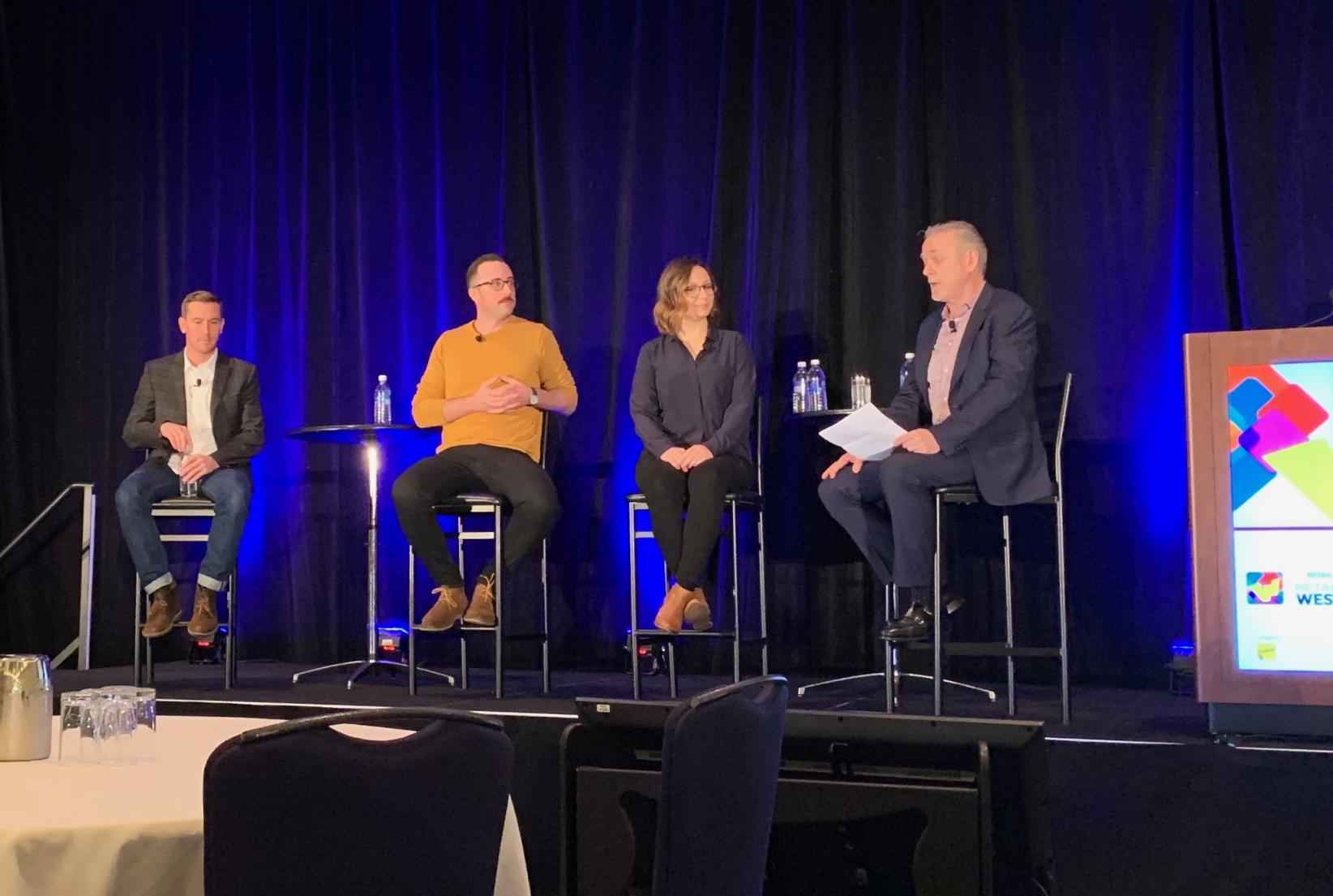 A year ago, on November 16, 2018, 20 days after legalization, we invited four leaders in this then-brand new retail sector to share their perspective with us. For this year’s session, one of them returned and we included two new panel members to see what our now-veteran cannabis retailers are dealing with, and what we can learn from it.  This year’s topics shifted to Product, Competition, and People, with Regulation touching on many of these areas. Joining me on stage was our “Retail Cannabis Retail One Year Later” panel, including :

The conversation centered around the one year anniversary of the day Canada legalized the sale of recreational cannabis. The panel acknowledged it hasn’t quite worked out the way everyone expected :

Yet there has been significant success as well. As of the end of August Alberta had licensed 277 stores and as of September 25 BC had 119 private and public stores. Supply has gone from an extreme shortage condition that actually limited the hours stores could remain open, to one where the Financial Post reported in October that legal harvesting was at 84% of combined legal and black market demand, creating an oversupply situation.

And despite all of the issues, there is still huge potential. The Financial Post reported in October that legal retail stores only accounted for 14% of the total market, leaving 86% still to be captured. In fact, a study by AltaCorp released May 13 showed that for Canada to reach the 10 store/100,000 resident ratio Colorado has after 5 years of legalization, Canada would need to add approximately 3000 additional stores, with Ontario alone needing nearly 1400 more. So the potential market is still there, and it’s relatively untapped.

We moved on to look at specific issues in the current cannabis retail market.

The good news was that our panel said that along with product supply improving, product quality had improved as fresh new supplies of product came on line.

However, a key issue remains with tight restrictions on marketing limiting the ability of legal brands to differentiate themselves from the already established black market, and their ability to compete against significant price disparities between the legal and black markets. All agreed that the key opportunities in competing with the black market included the ability to deliver product safety and build consumer trust

We also discussed how they handled supply swings from shortage to oversupply, the potential impact of our huge neighbour to the south on Canadian cannabis retailers, and people challenges in both satisfying regulators and as always, bringing in the true retail talent required to grow. We also discussed the huge global potential for Canadian cannabis retailers, given Canada’s leadership position in a global movement.

For most of our panel members, it’s been a very bumpy road but they are optimistic about the future, and the forecasts back them up.  Revenue in the sector is forecast to more than double next year despite slower-than-expected growth, as more stores will open across the nation. We’ve read estimates that Canada’s cannabis industry should expect $3.16B in revenue in 2020, up from the $1.46B forecast for 2019. Overall, as more retail stores open and new product forms under ‘Cannabis 2.0’ are set to hit the shelves as early as mid-December, they expect to see a significant uptick.

We thank Eleanor, Harrison, and Geoff for their keen insights. We look forward to our next panel session at the Retail Council of Canada’s upcoming Cannabis Forum 2019 on November 19th in Toronto. To learn more about this event, visit the .