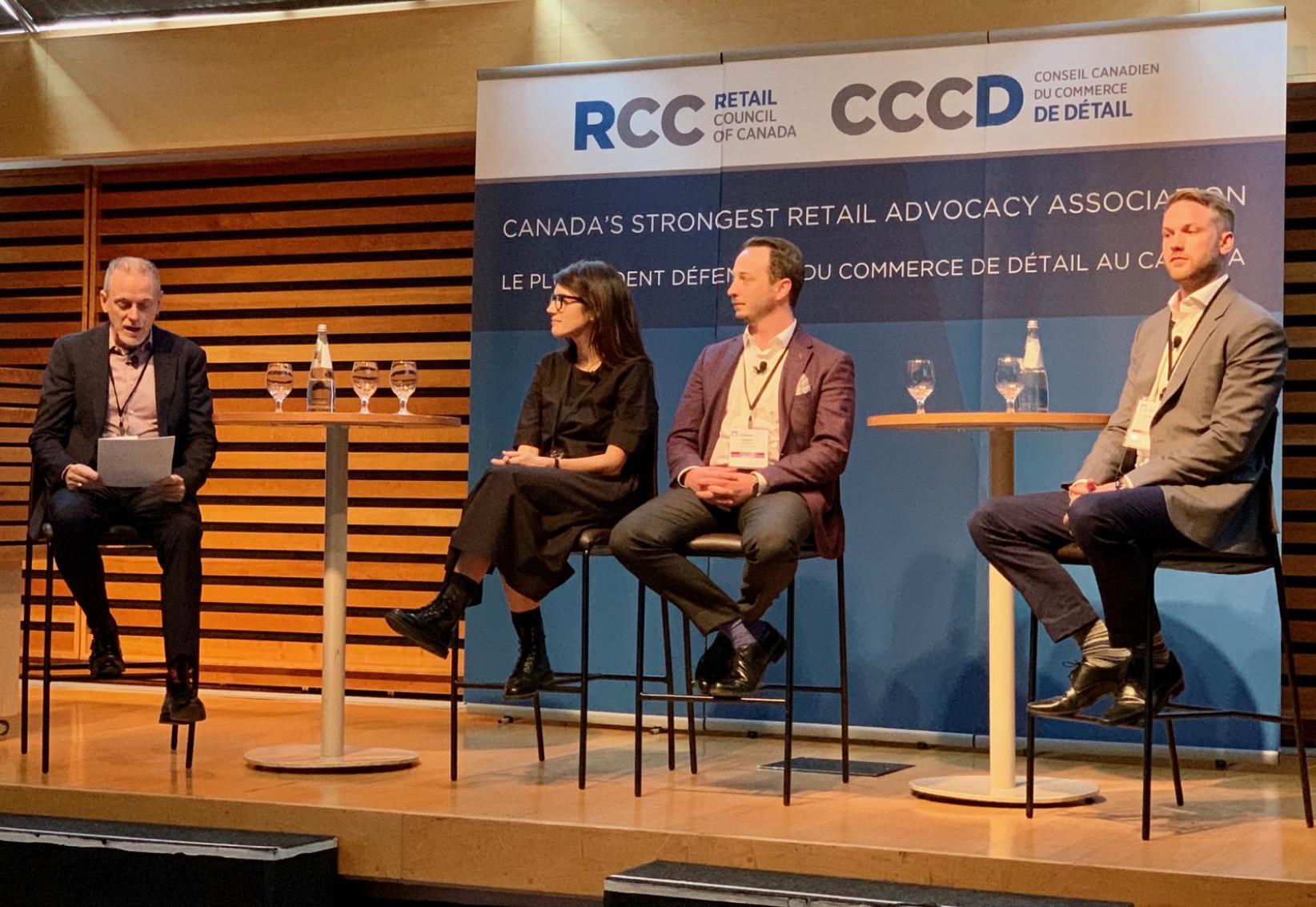 The “Retail Cannabis Forum” from the Retail Council of Canada

The cannabis industry has gone from hosting general industry business conferences to more niche-oriented conferences, to the delight of cannabis retailers across the country. A case in point: The “Retail Cannabis Forum”, held by the Retail Council of Canada (RCC) in Toronto on November 19, 2019.

This event, designed specifically for retailers, saw many familiar faces from across the country, including multiple winners from the first two cannabis lotteries in Ontario. I moderated a session entitled “Retail is Ready for Cannabis 2.0”. The panel discussion dove into how retailers are preparing for the merchandising, marketing and educating required to be successful with the edibles, extracts and topicals due to arrive on the Canadian market shortly after the New Year.

Joining me on stage was our expert panel of Canadian cannabis retailers, including:

To frame our conversation, Cannabis 1.0, the legalization of recreational cannabis in the form of dried or fresh cannabis or cannabis oil, happened just over a year ago. Cannabis 2.0, the legalization of cannabis-derivative products, happened one month and one day ago. Canada is well ahead of most countries in the world, and yet the reality is we’re still in the very beginning of the very first inning of the game.

I say that because Cannabis 1.0 hasn’t quite worked out the way everyone expected.

Stores haven’t opened up as expected - Ontario, Canada’s largest province, licensed 25 stores in the spring and another 50 in August for a total of 75 by this fall – to serve over 14 million people.

Even government monopolies haven’t performed as expected - On September 30 the Ontario government announced it was considering ”alternative cannabis distribution models” as the Ontario Cannabis Retail Corp., which handles online sales and wholesale distribution lost $42M in the fiscal year ended March 31 – with only $9M of that attributed to the last minute change in direction from public to private stores.

Yet there have been significant success as well. As of the end of August Alberta had licensed 277 stores and as of September 25 BC had 119 private and public stores. Supply has gone from an extreme shortage condition that actually limited the hours stores could remain open, to one where the Financial Post reported in October that legal harvesting was at 84% of combined legal and black market demand, creating an oversupply situation. And Canada’s economy has directly benefited, as Statistics Canada reported the cannabis industry contributed $8.26B to our economy as of July of this year, and employment in the industry increased almost fourfold since 2018

And there is still huge additional potential. The Financial Post reported in October that legal retail stores only accounted for 14% of the total market, leaving 86% still to be captured. In fact, a study by AltaCorp released May 13 showed that for Canada to reach the 10 store/100,000 resident ratio Colorado has after 5 years of legalization, Canada would need to add approximately 3000 additional stores with Ontario alone needing nearly 1400 more. So the potential market is still there, and it’s relatively untapped.

And now with Cannabis 2.0, Canada is building that market even further. EY Canada estimates 3M new consumers will come to cannabis retailers as a result of Cannabis 2.0 and (as heard earlier), Deloitte Canada estimates edibles & alternative product represent a $2.7B market.

There’s a lot of potential, but there are also a lot of moving parts and a lot of unknowns, and the track record to date has been challenging to say the least. The question we were trying to answer is, what do retailers need to do to take advantage of the opportunity while dealing with all the uncertainty?

Over the last year, Cannabis 1.0 built a foundation. Retailers raised capital, hired people, established brands, opened stores, and sold product. They developed logistical capabilities that can handle the complexities of a highly regulated and complex product like dried flower and added the surrounding infrastructure a retail organization needs. They’ve built a platform that’s helped them develop a more educated consumer, and given them a voice in government, banking, real estate and the public forum. Now, at least in theory, they can leverage all of that to take advantage of this brand new market.

The key issues key issues the panelists discussed were: Infrastructure, Competition, and of course, Regulation. We discussed the gaps in their current foundation when it comes to Cannabis 2.0, and what they needed to do to fix them.

Looking first at infrastructure, there are the stores themselves. Canada has hundreds of cannabis retail stores, designed from the ground up for the specific needs of cannabis retailers. But as Cannabis 2.0 rolls out the available product mix will change dramatically. We talked about stores and how the anticipated expanded product selection impacted redesign for existing and planned stores, and what they need to do to retrofit existing stores to answer the question “Where do I put the refrigerator and stack the cans?”.

We discussed what products to bet on and the impact of people planning and training front line staff who are going to need to know about multiple new forms of cannabis, and potentially hundreds of new SKUs – and they’re going to have to keep learning as new products are released. We also discussed how head office teams and even executives are going to be dealing with whole new sets of product-related issues.

We discussed the black market and how legal cannabis retailers are definitely eating into that market share. And we explored how Cannabis 2.0 may provide some new opportunities to do that, by adding a dizzying array of products to the mix and bringing large numbers of new, non-smoking canna-curious customers into stores.

We talked about restrictive marketing regulation. This is a challenge that just won’t go away, and it impacts their ability to compete - with the black market, with other retailers, and in the longer term, with the US. We discussed what they saw as their biggest challenges in marketing with Cannabis 2.0, and how are they’re dealing with them in relation to product packaging and other product-related regulations.

We covered a lot of ground in a short period of time, and all agreed there are still many unknowns . However, the foundations have been laid and the opportunities are here now, with more to come in the future.

We’d like to thank Lacey, Isaac, Cameron for sharing their insights on the impact of Cannabis 2.0 on Infrastructure, Marketing and Regulation and for bravely leading the way into the world of Cannabis 2.0.